From ancient time, alcohol has been a part of almost every civilization. Alcohol consumption is customary in many cultures and has become a popular social drink. Drinking alcohol has both short term and long term effects on our lives. So, getting deep into alcohol consumption side effects here is "10 Reasons Why You Should Quit Drinking Alcohol".

Consumption of alcohol in the form of beer, wine and spirits gains popularity by false attribution to success, heroism, courage and manliness.

Advertisements indirectly endorse alcohol and associate it with machoism and achievement. As a result, beverage companies are very successful in attracting teenagers and older people of both sexes.

As alcohol is a social drink and customary in various places, it is a rare sight that people discourage drinking openly. Alcohol has become a social norm.

Families accustomed to social drinking have regular supplies in their homes and children are habituated with adults consuming alcohol openly.

In other words, we, the drinkers, ourselves are the ones who popularize alcohol.

Even when things are popular, it doesn't mean it is good. So, let's know the 10 reasons why we should quit drinking alcohol.

Ill effects of alcoholism on health are both physical and mental.

Too much alcohol consumption can lead to several physical problems, apart from hangovers.

The health issues related to alcohol consumption are as follows:

Alcohol can alter the state of mind because it affects the neurotransmitters in the brain, causing delayed and altered response in the same environment.

People tend to be aggressive, excited and irritable due to the influence of alcohol. Anxiety and depression are also common in long term effects.

Psychosis and hallucination are also prevalent in alcohol addicts.

Most of the people who engage in high alcohol consumption are known for their lack of punctuality.

One of the effects of alcoholism is lethargy and combined with it is lack of awareness.

As alcohol intervenes the neurotransmitters and plays with the brain, people lose track of time and are busy in the world of their own.

Alcoholism effects extend to the extent of hampering simple and life decisions.

Often the choices made are without any thought or out of impulses. As alcohol disrupts the mental capabilities, individuals are unable to make decisions because they are unable to think clearly with logic.

Read About
Alcohol Use Disorder By National Health Portal India

Being unpunctual and a poor decision-maker, unreliability follows naturally.

It is difficult for people of society and family to trust anyone with a drinking problem. After all, their lives only circles around alcohol and it's after-effects.

The cause and effects of alcohol ruin everything in life.

Alcoholics have low regards in society. Every action and their words are ignored and dismissed without any comprehension.

Family relations are under a lot of stress. There is less understanding within the family. Hence low trust and less cooperation from and towards the alcoholics.

Alcohol in excess has led to verbal and physical fights and abuse of a partner and in many cases broken marriages and divorces without reconciliations.

As discussed earlier, the perception of time and deteriorating decision-making ability are two side-effects of alcohol caused by the interference of the brain signals.

Even more, alcohol has a bad relationship with sleep. A high concentration of alcohol in the blood tends to reduce the quality of sleep and shortens the duration.

Apart from improper sleep, excess alcohol leads to a hangover. This combined effect on the body makes the individual less productive.

In many cases, the cost of having a proper drink exceeds the price of alcohol.

Expenses associated with using alcohol are service, snacks, meals and cigarettes. Some of the additional costs are transportation due to lack of coordination and other unexpected expenditures due to impulsive decisions.

Excessive expenses due to alcohol have taken a toll over many homes, and in many incidents made them broke.

We are so busy with our lives that we are oblivious to how we influence our children’s behaviour.

It is most likely that children learn from us adults, but, we are unaware of what we are teaching them.

In the child’s eye, whatever we do is normal and acceptable behaviour and lifestyle. Unknowingly we encourage our children to consume alcohol in the latter part of their lives.

It is in front of our children we socialize and have drinks with our friends and families. To our kids, it is a perception of happiness and celebration.

As a result, they think that when they grow up, they will drink, to enjoy as the adults in their families.

People with alcoholism are associated with various misdemeanours.

Alcohol abuse has given rise to uncontrolled and unimaginable actions.

Sudden bursts of rage and aggressive behaviour without any logic has contributed to conflicts, fights, vandalism, and murder.

On the other hand, in most of the cases, the alcohol abusers have no recollection of their acts of hooliganism.

Things get hazy, and we lose coordination. The signals back and forth to the brain and muscles and the actions are not in synchronization.

At times of less control over the body, we tend to harm ourselves by falling in dangerous places and hitting critical areas of our bodies.

Many of those accidents may cause severe damage or even cause deaths.

In many cases, alcohol makes people aggressive and overconfident along with, uncoordinated neurotransmitters. Due to which, the circumstances of rash driving and accidents have risen, as also the deaths associated with them.

Banning alcohol is impossible as it is one of the largest used social and customary beverage. Well, it is up to you to decide whether you will have it or not. And if you have it, how much should you have?

According to WHO, harmful use of alcohol results in 3.3 million deaths each year in the whole world and most of them are men.

The fact is that any amount of alcohol you take will put you at risk of health hazards.

Many countries have implemented stringent rules to control alcohol consumption. Some of the rules are:

According to the International Alliance for Responsible Drinking (IARD) (2019), Drinking Guidelines: General Population, on the average, men and women should not drink more than 20-40gms and 10-30gms of alcohol( grams of ethanol ) per day respectively.

However, alcohol consumption is still increasing year by year.

Consumption of alcohol does give a sense of euphoria for a short period. But, getting addicted to having that feeling is a waste of life.

Alcohol not only affects you but also the people around you.

Alcoholism is associated with health problems, relationship problems and many times lead to financial difficulties.

Drinking in a safe limit, occasionally is fine, unless occasions find you regularly.

It is best to quit alcohol because it saves, not only you but also, your near and dear ones. 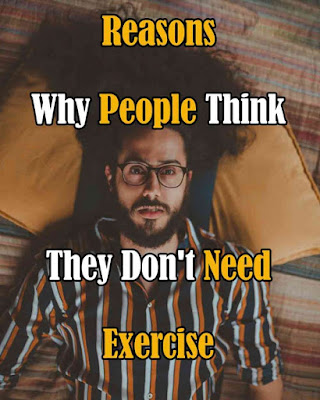 With the advancement in technology through the ages and the revolution in industrialization, we have come far. But, with every step we have come forward in various fields, we have also set ourselves a few steps backwards. Such one field is physical exercise. Although being aware of everything, the reasons why people think they don’t need exercise, are numerous. We used to be fit and not think about doing exercise because we did not have that many machines which made our work easy. The more comfortable our work got, the more we lacked physical activity. Some people confess to the fact that they lack in physical activity, but, many think they do not require exercise at all. It is hard to convince people to exercise. Read through if you are concerned about your well-being. In This Article History Of Physical Activity Reasons Why People Think They Don't Need Exercise Why should I exercise, I am skinny? I don’t have time for exercise I am too old to exercise The Weight I’ve gained w 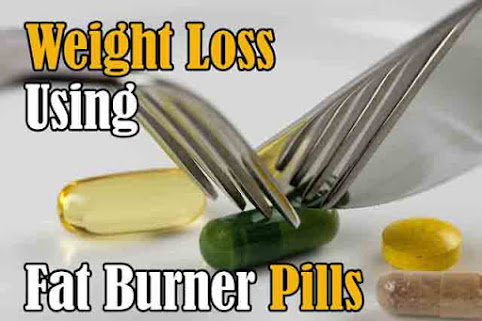 How Does Excess Sugar Affect Your Body

Sugar is very much an integral part of our daily diet. Most of us take sugar in our morning tea or coffee. It is one of the major constituents in the packaged processed food we love dearly. Excess sugar is consumed every day, without the knowledge of, "How Does Excess Sugar Affect Your Body?" We are so oblivious that we keep harming our bodies daily. It is now time that we learn to care for our bodies. How Does Excess Sugar Affect Your Body - In Bullet Points Increase in risk of Diabetes May Increase The Risk Of Cancer Increasing body fat Skin problems and ageing Frequent hunger Mood Disorders Increase in teeth problems Addiction of Sugar Increase In Risk Of Diabetes Designed by Freepik When you ingest sugar in any form, it travels through your oesophagus into the stomach, leading into the intestine. During the process, sugar breaks down into glucose and later, gets absorbed into the bloodstream. This glucose is required by all the body cells to function well. When glu